If you find yourself in need of semi-permanent make-up correction in Wirral, chances are you’re already a little jaded by the whole subject. The decision to undergo semi-permanent make-up in the first place isn’t one that most take lightly – the least you can expect therefore is an outstanding result. Or at least, that’s how you’d like things to go, but reality isn’t always quite so kind.

The simple fact of the matter is that unless you are meticulously selective when it comes to your choice of treatment centres, there’s every chance you’ll come out wishing you haven’t bothered in the first place. Suffice to say, this is exactly the kind of statement that will only ever induce rage in those staring down the barrel of such consequences, but it’s nonetheless as true as it gets.

Still, poor decisions will always be made for a wide variety of reasons, which makes it good news that all hope is most certainly not lost. These days, semi-permanent make-up correction and removal techniques and technology are so incredibly advanced that even the most disastrous outcomes can be addressed comprehensively. That is, assuming only the most appropriate clinic is chosen to carry out the procedure – making the same mistake twice really is an unbearable scenario to contemplate.

So for those facing a rather unfortunate outcome after undergoing semi-permanent make-up, here’s a quick rundown of a few tips for making sure the best possible correction clinic is chosen:

1 – Speak to Your Initial Provider

First of all, and contrary to what your instincts may tell you, it is a good idea to speak to the clinic that carried out the procedure in the first place.The reason being that rather than some hideous mistake or clear lack of competence, there’s the remote possibility that the problem can be attributed to simple miscommunication. Or in other words, you gave entirely the wrong impression about what you wanted and therefore ended up with a result that wasn’t exactly the result you were hoping for. This is of course extremely rare, but in other instances it’s worth speaking to your initial provider as there may be money-back guarantees in place, or other similar clauses. Even if it’s simply to vent your frustration, it’s worth getting in touch with them first.

Assuming it’s something of a no-go with your initial service provider, the single most important tip of all when it comes to choosing a better clinic is to choose a clinic that specialises in corrections. The simple fact of the matter is that semi-permanent make-up removal and correction represents an entirely different process and discipline than application of semi-permanent make-up in the first place. Think of it this way – you cannot go into the average town centre tattoo studio and expect them to also offer world-class laser tattoo removal. As such, if it isn’t apparent from the word go that the clinic in question is something of a specialist in semi-permanent make-up corrections and removal if necessary, this probably isn’t the clinic you should be working with.

Technically speaking, there really should be no need whatsoever to demand evidence as to what they are capable of as any clinic with genuine pride in its service provision and results will clearly demonstrate and publish them without being prompted. More often than not, a good corrections clinic will feature plenty of before and after photographs on its primary website, in order to give you a good idea of the kinds of results you can expect. In instances where this is not the case, be sure to ask directly for as much concrete evidence as necessary to bring you the peace of mind you need to go ahead. If there’s no evidence, you could be taking a risk by putting your treatment in their hands.

Last but not least, it’s important to remember that there’s a big difference between a clinic’s opinion of itself and the opinions of its clients and customers. Once again, try to bear in mind that semi-permanent make-up corrections and removal are very different than standard semi-permanent make-up application in the first place, so you need to be looking for reviews and recommendations from those that have undergone the same kinds of treatment processes as you yourself are considering. It should be relatively easy to come across this information, but once again, you can always ask the clinic directly for as much evidence and as many case studies as necessary to bring total peace of mind, prior to going ahead. 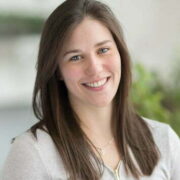 Finding Ways To Keep Up With Fashions

5 Mistakes that you done while choosing your shirt